I have been traveling for just over a month now and the more I do it, the more I realize how fortunate and blessed I am to have the opportunity. It is really only possible because of how flexible @eggheadio is with their employees :raised_hands:

I first stayed with some family friends in LA. They have been my best friends since childhood that moved away :crying_cat_face: We went to Six flags, played Call of Duty, and just enjoyed each others company. 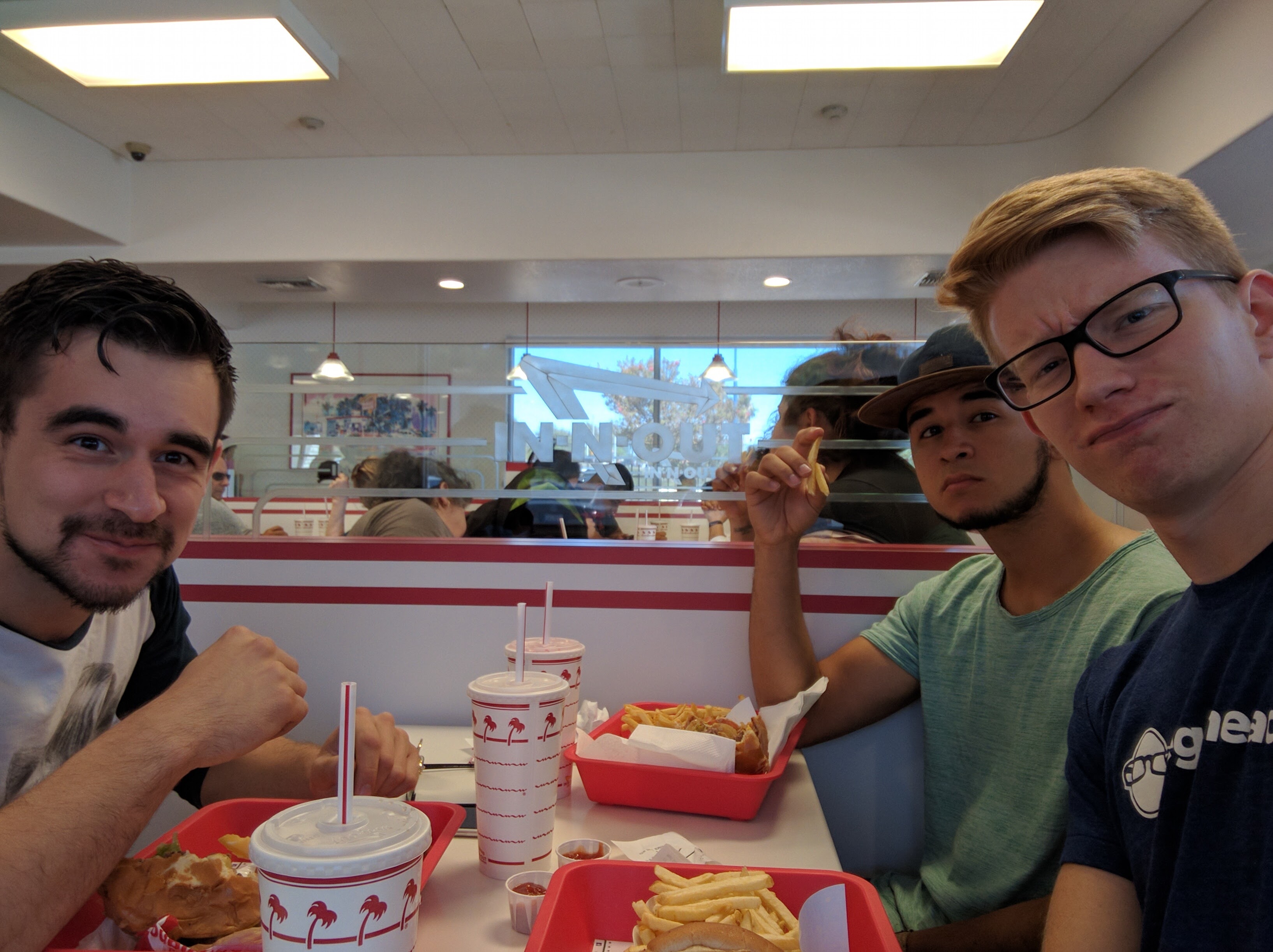 Love these guys to death. :kissing_smiling_eyes:

My first stop across the pond was London. I came into the trip thinking that using public transport in foriegn cities was going to be a nightmare to figure out. Most of the time they dont take that long to figure out. On my way from the airport to my AirBnb, our bus was stopped by the police and wasn't able to turn around. The bus driver said there was a shooting but I never found the official story :flushed:

The architecture and the hustle and bustle of the city struck me the most. I enjoyed just walking around and looking up. 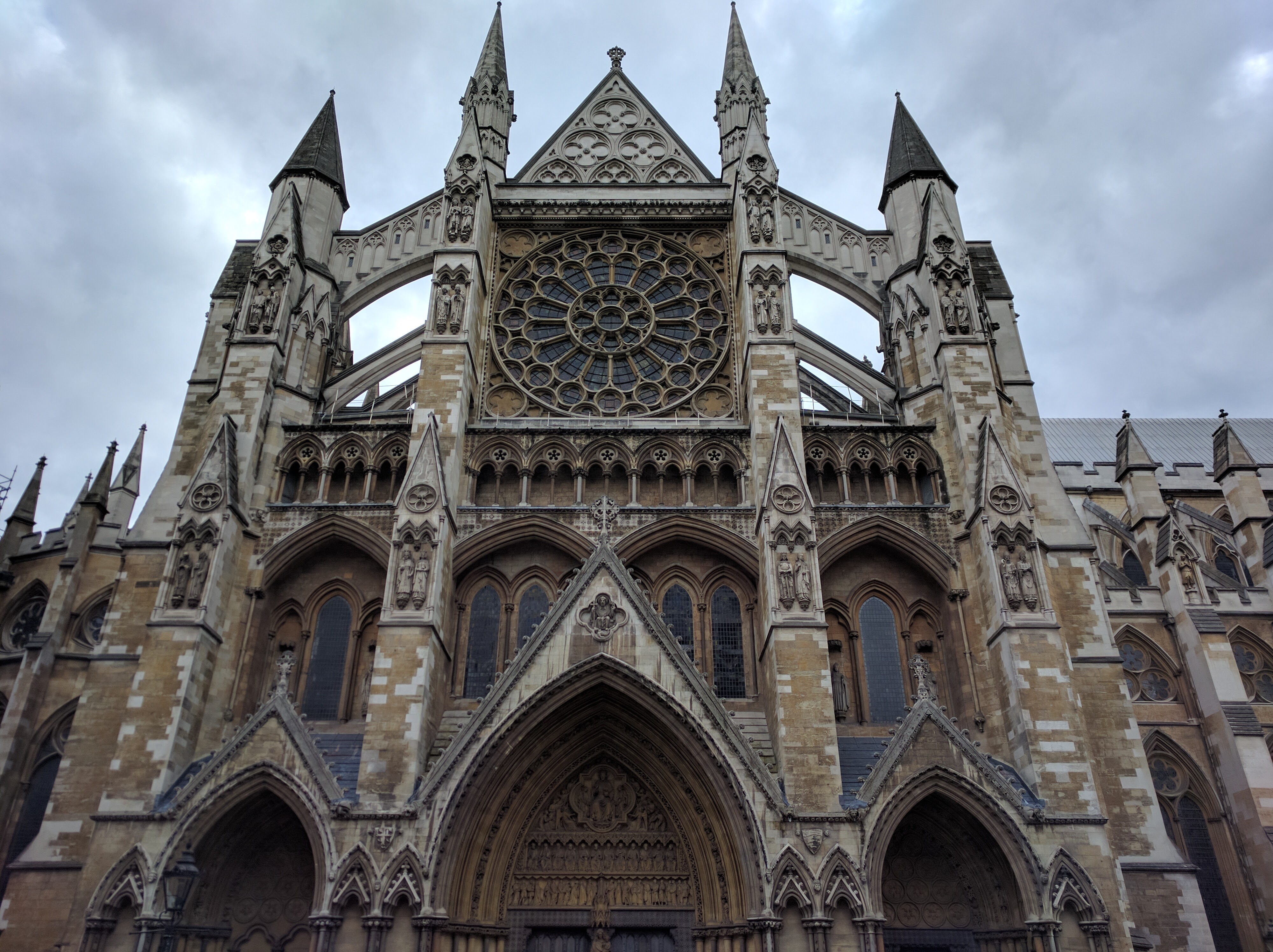 I took an architecture class my last semester of college that gave me an inkling of what to look for when you look at a building. Needless to say, the architecture in London is insanely detailed.

I did a lot of touristy things in London. The day I arrived, it was 80 degrees, so it was a perfect day to go Hyde park and walk around. I hit up the free museums one day.

One of my favorite moments was sharing a meal with some of the people I was staying with at my AirBnb. 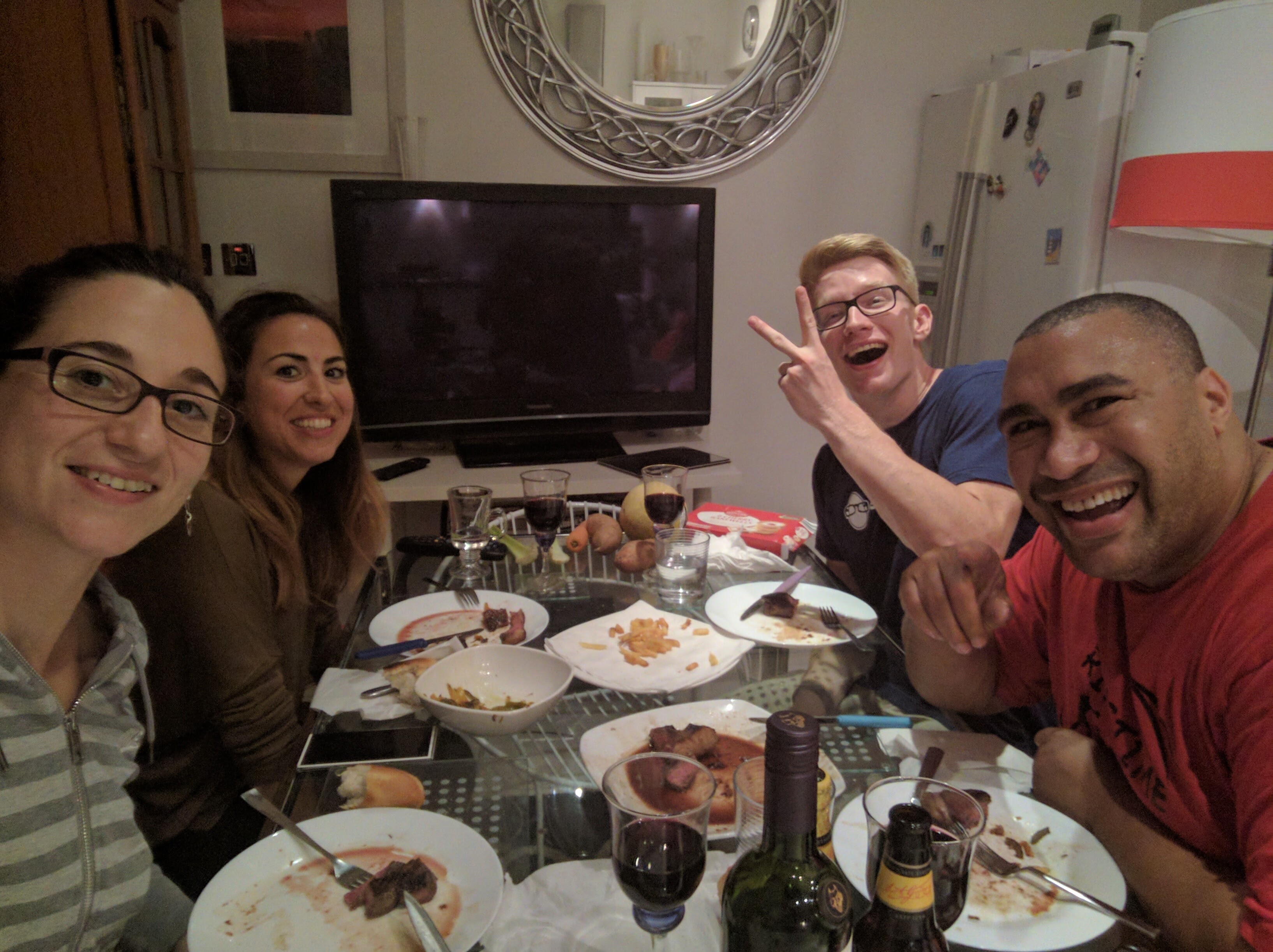 Traveling to Dublin, I took the train to Holyhead, and the farey acrossed the channel. The people, the beer, and the rolling hills where the sheep grow their fuzzy wool, are my favorite parts of Ireland. If you go to a pub in Ireland alone, there is a good chance that someone will notice and strike up a conversation with you, like it or not. One peculiar thing that I experienced was that I could understand the Irish accent better than I could the English. 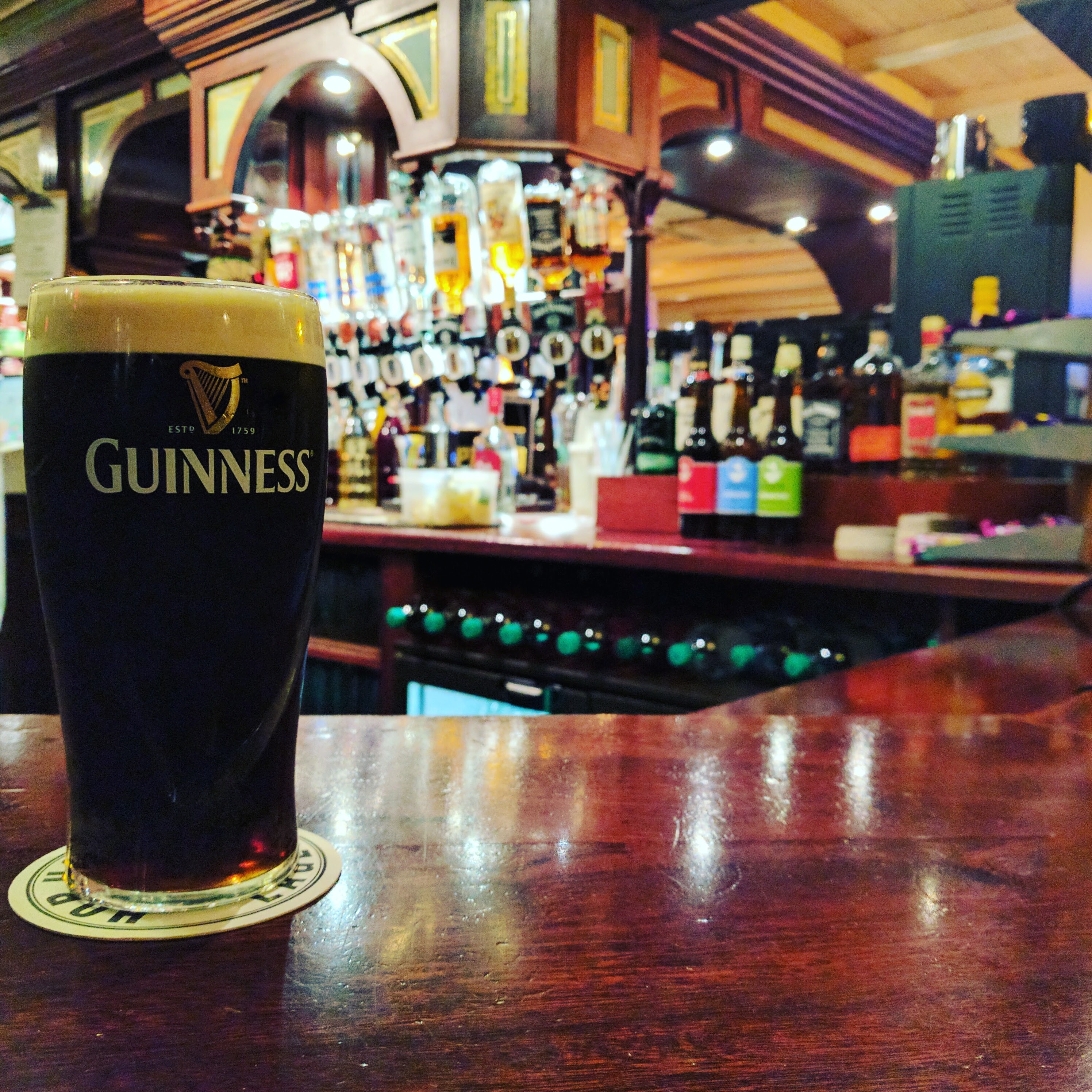 Ireland is such a beautiful country. It rivals the PNW for "most green" award. I took a tour of the Cliffs of Moher and was able to see a lot of the the country side :heart_eyes: 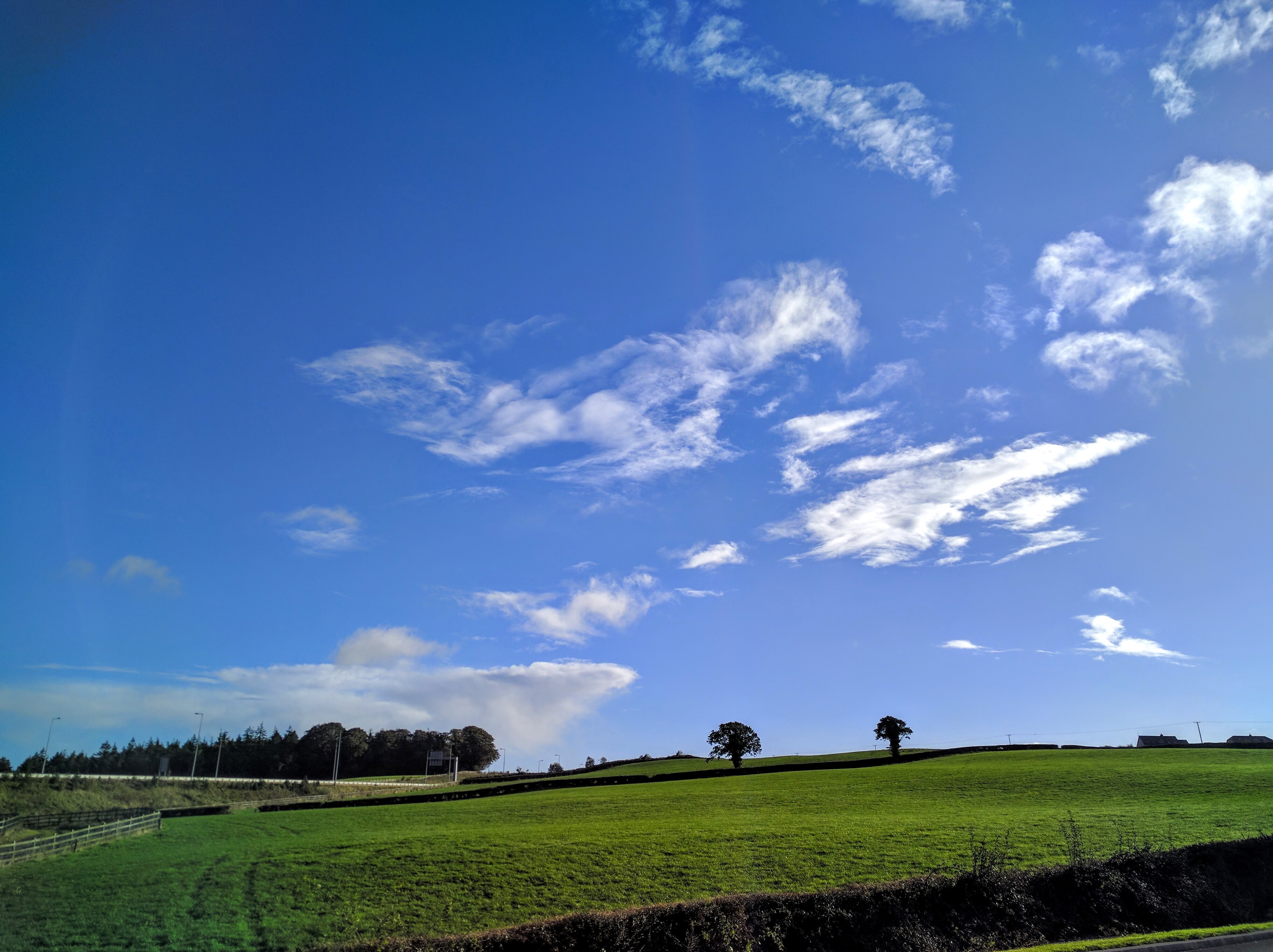 And of course the cliffs were beautiful. I was lucky enough to go there on a clear day. I definitely want to spend more time in Ireland.

Belfast is the next place that I travelled. Even though it is still apart of the UK, it did not feel that much different than Dublin (I am probably stepping on toes here). I enjoyed learning about the history of the city. It was one of the most bombed allied cities because of its industrial capacity. Here, I took a tour to the Giants Cosway. 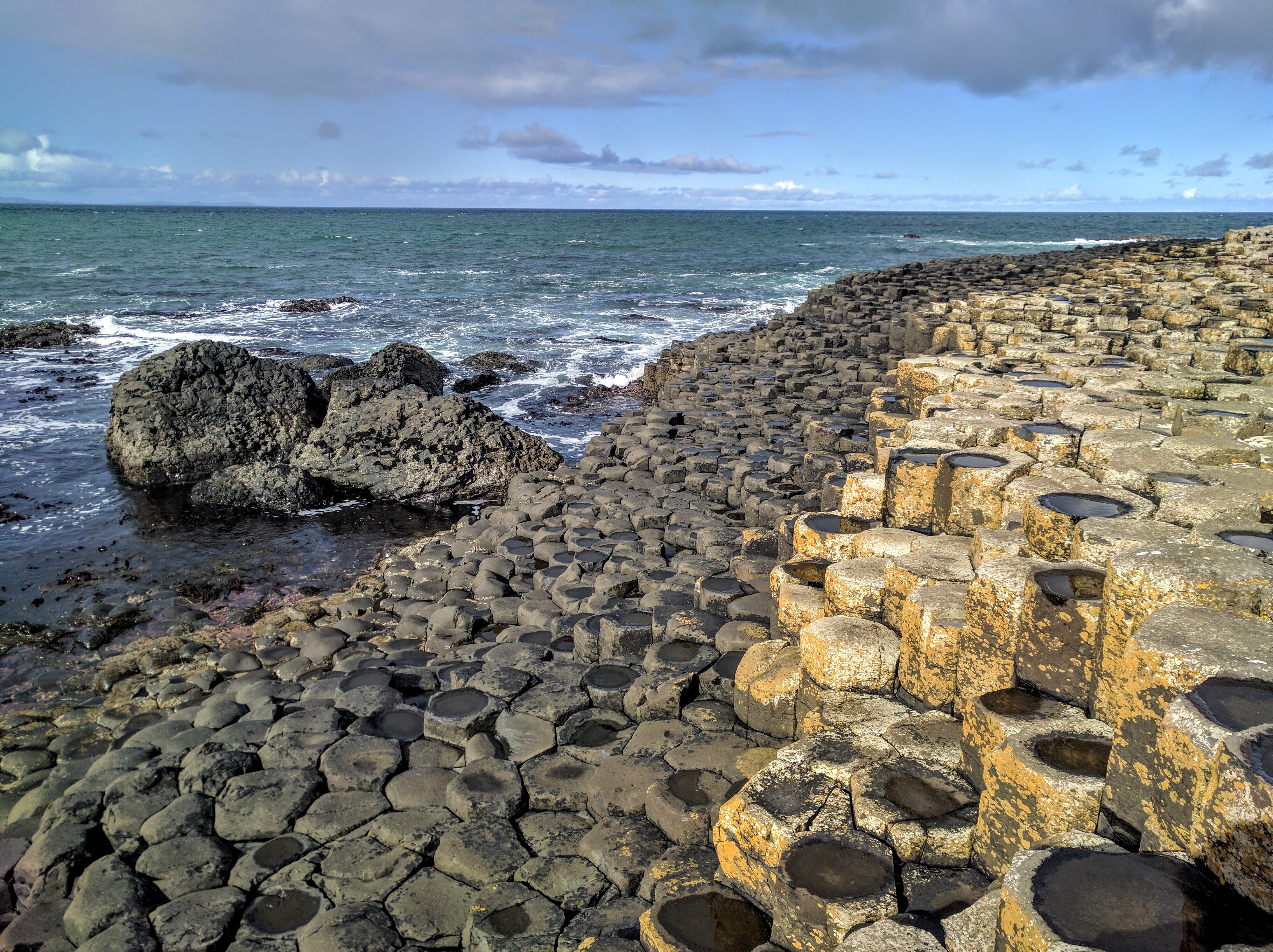 Such a cool place. I want to catch it at Sunset sometime.

Theres not much to say about what I did in Iceland. It stormed for 2-3 days, so doing anything outside wasn't really an option. I met some cool people. I met this guy getting his PhD in the history of cider in England. We had some good conversation over a couple beers :beers: ($11 each :flushed:) Iceland is not the cheapest place to visit. I did a lot of Crossfit in Iceland. The hostel I was staying at was acrossed the street from Crossfit Reykjavic. Needless to say, I was absurdly sore for the whole of the next week :dizzy_face:

Next came my adventures in Prague. It has been one of my favorite cities that I have visited thus far. I stayed at Todd's Place. Which is a couch surfing/hostel spot. Todd, the one who runs Todd's place, was such a pleasure to talk to. We had conversations about travel, his favorite places (hes been to an insane amount places), different cultures, and many, many, other things. He showed me and a fellow couch surfer (what up Anna :smile:) around Prague. From the undergound-tunnel bars to the never ending winding roads, Prague is magical. 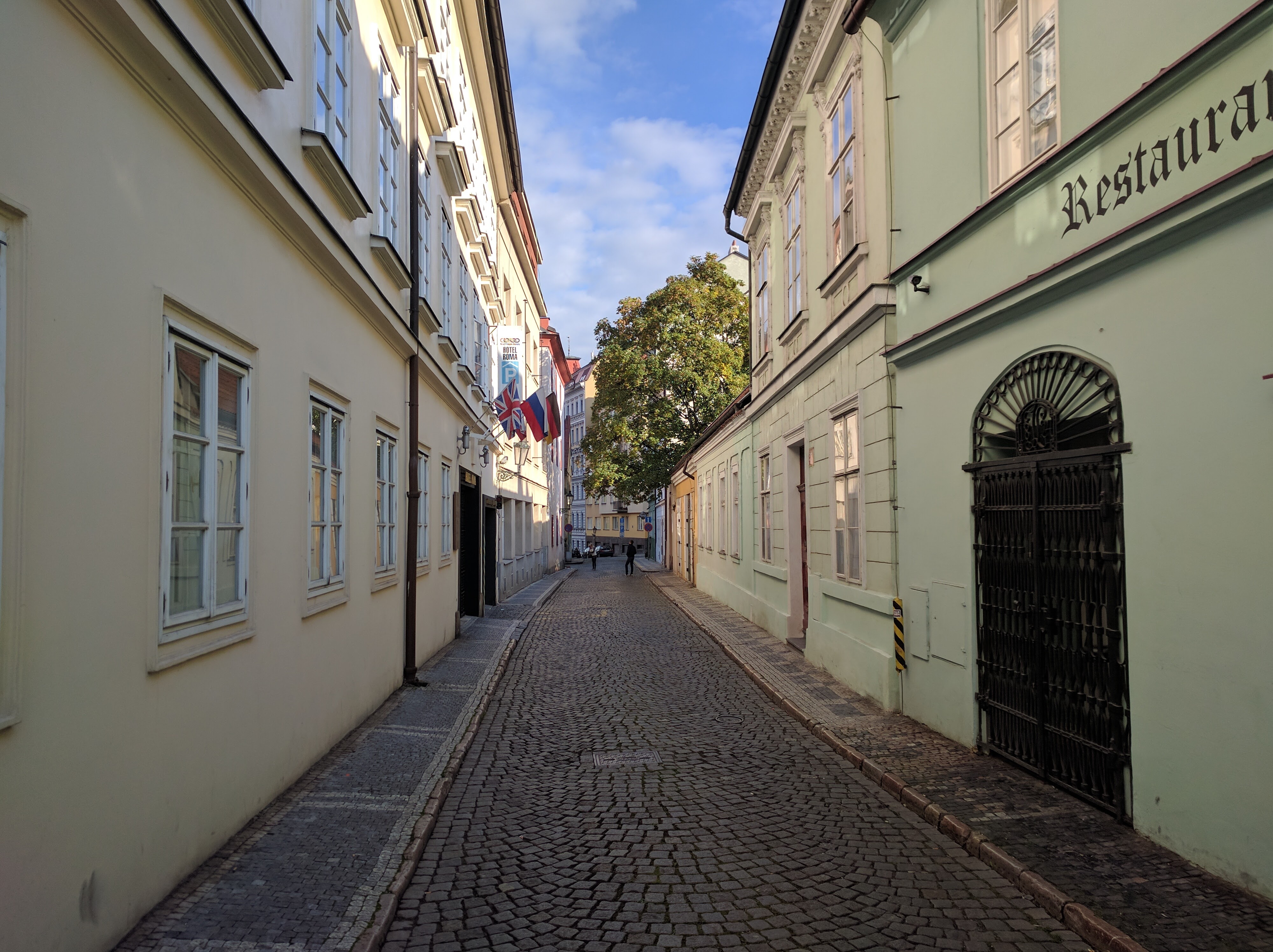 There are so many things in Prague that I know I wasn't able to see. I will definitely be back. New experiences and unforgettable memories were had. 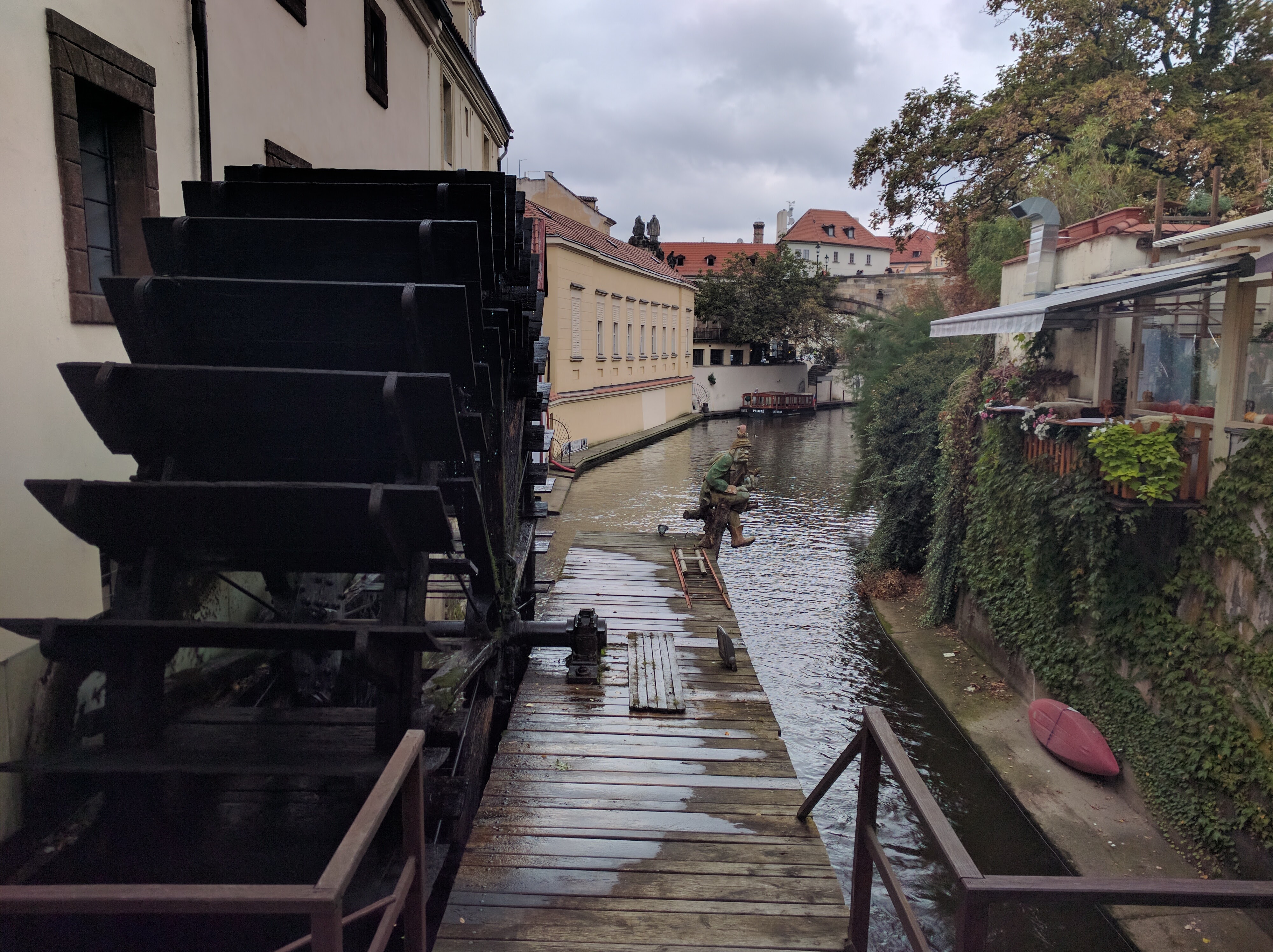 Next, I bussed it up to Berlin. Berlin is a riot. There is so much to go see and you can just tell that it has been a center for war for the past century. There are Cold War memorial and WWII memorials right in the middle of the City. Of course there is also the Berlin wall and the flack towers that were build during the war. So much history, it is hard to take it all in (this is how I have felt this whole trip). 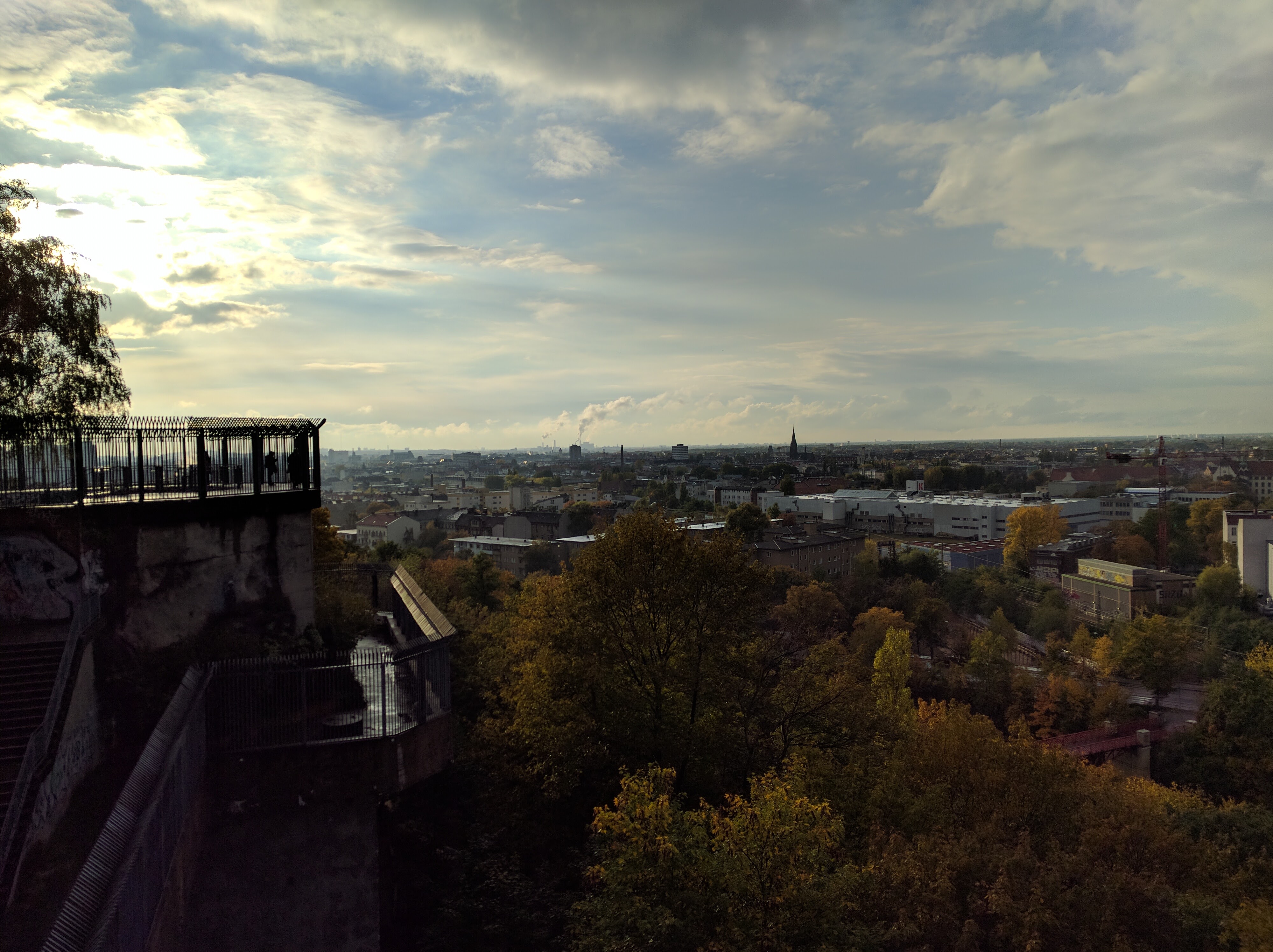 I met quite a few people in Berlin that were a joy to be around. We went out a couple nights, drank good beer, and danced away :dancer: I found the food in Berlin to be quite good. They have a large Turkish population, so there are so many Currywurst and Kebap stands. So. Much. Falafel. One of the best times I had in Berlin was going on a bike tour with Miles, James, and Holly. The tour place wasn't dong the specific tour we wanted so they allowed us to take the bikes on our own for a couple hours for free! We rode up to the Berlin Wall Memorial and all around that area. Then we went up to the flack tower, which, of course, was on top of a hill. It made me realize how out of shape I have become :sweat_smile:

Now, I am currently in Wroclaw (pronounced vrotz-av for my non-Polish friends). I went out last night and enjoyed a couple of bars, ending with some Polish karaoke . I tried tar-tar, something that I never thought I would try. Surprisingly, it tasted really good. Today, it is pretty damp so I decided to stay inside a chill. 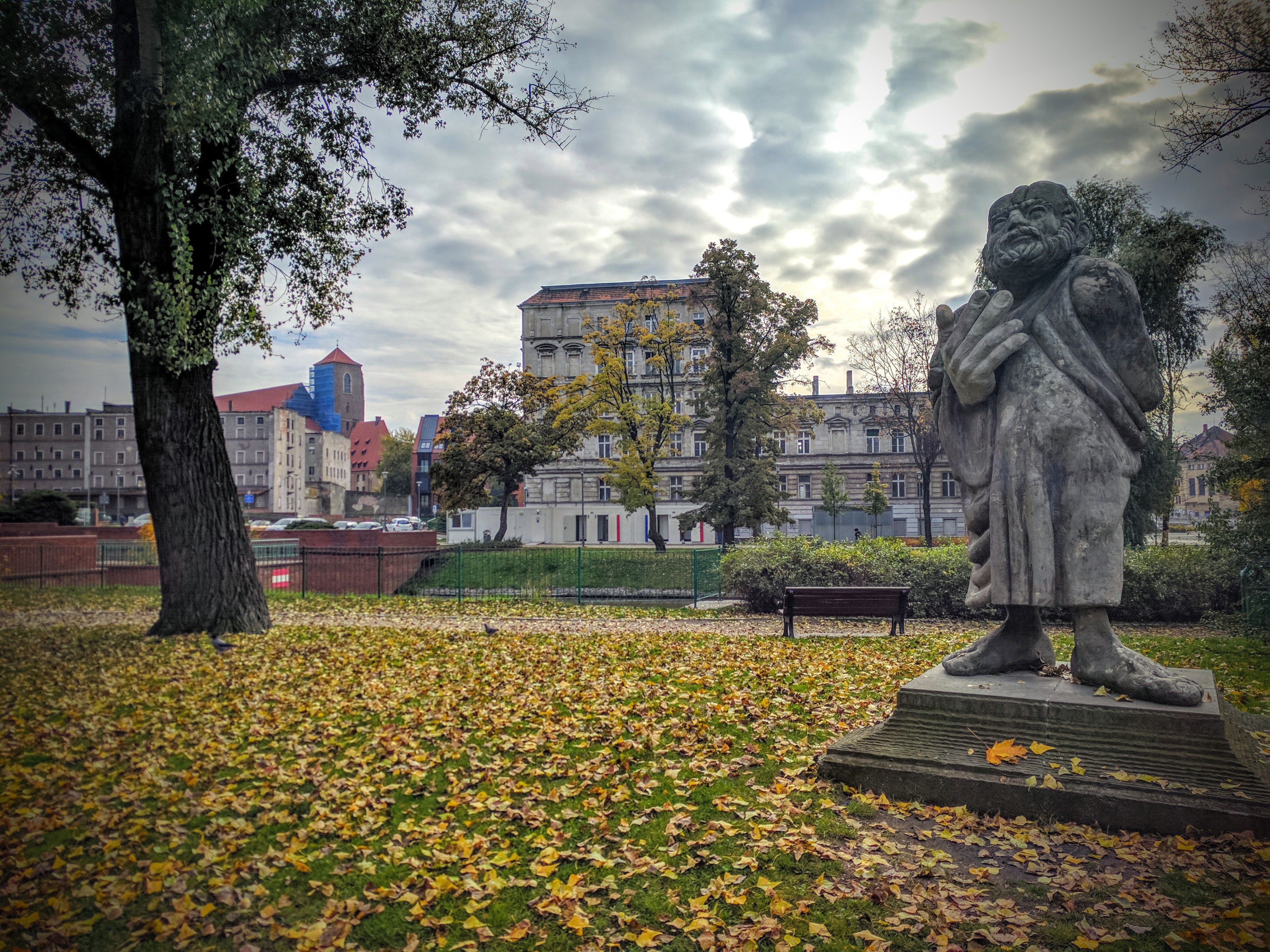 I believe that Krakow is my next destination. I have heard good things about the city so it will be fun to check out. I may be headed to Marrekech, Moracco here in early Novermber. I am excited for that.

Traveling has been a blast. I am excited to see what the next couple of months brings :rocket: